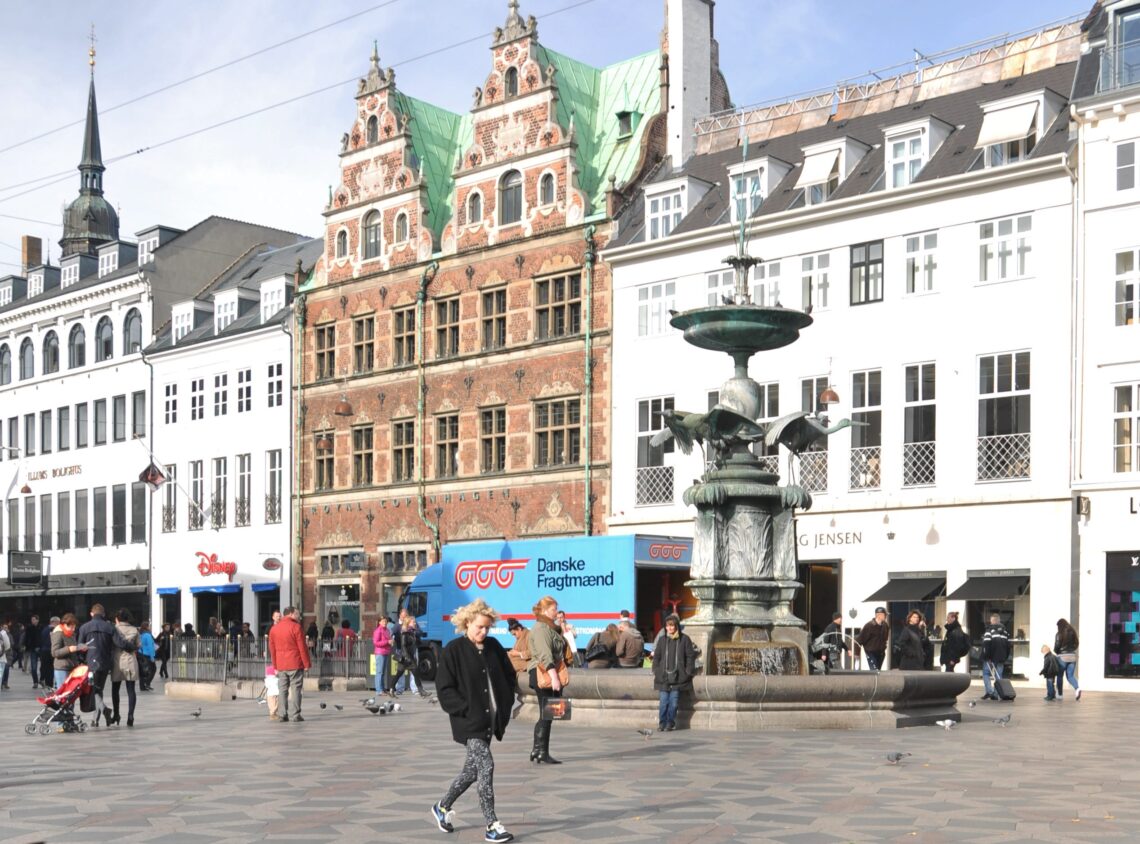 In Copenhagen, which imposes speed limits of 30km/h or 15km/h on all non-major roads, carbon emissions fell by 31 percent while its economy grew by 18 percent between 2005 and 2014.

Deaths from COVID-19 have been compared with traffic fatalities as an argument to reopen the economy during the coronavirus pandemic. As Wisconsin Senator Ron Johnson put it: “We don’t shut down our economy because tens of thousands of people die on our highways. It’s a risk we accept so we can move about.”

Rather than use traffic fatalities as a horrifying benchmark, we should be questioning why we allow cars to terrorize pedestrians and bicyclists when rational speed limits would let us “move about” without killing people or wreaking the economy.

Worldwide, traffic kills more than 1.35 million people every year and is the leading cause of death for children and young adults between 5 and 29 years of age. The Stockholm Declaration for Global Road Safety estimates that up to 500 million people around the world will be killed or injured between 2020 and 2030 without concerted leadership and action (Sweden 2020). In February, 2020, 140 countries from around the world attended the Global Ministerial Conference on Road Safety and adopted the Stockholm Declaration. The current United States administration refused to sign it. It is not even clear that the current US administration sent an official representative to the Conference. A three page document entitled “U.S. Explanation of Position on the 2020 Stockholm Declaration Third Global Ministerial Conference on Road Safety” was unsigned and printed on blank letterhead (Teale 2020).

Like its two predecessors in 2009 and 2015, the Stockholm Declaration states the laudable target of cutting road traffic fatalities and injuries in half by 2030. The “U.S. Explanation” ignores the heart of the Declaration and argues that America will continue to fight traffic deaths with public education, awareness campaigns and anticipation of “…one of the most exciting and important innovations in transportation history – the development of Automated Driving Systems (ADSs), commonly referred to as automated or self-driving vehicles” (United States 2020 p3).

One of many solutions not mentioned in the U.S. Explanation is the Stockholm Declaration’s Resolution 11 mandating of a “…maximum road travel speed of 30 km/h in areas where vulnerable road users and vehicles mix in a frequent and planned manner, except where strong evidence exists that higher speeds are safe, noting that efforts to reduce speed in general will have a beneficial impact on air quality and climate change as well as being vital to reduce road traffic deaths and injuries” (Sweden 2020, p4).

A 30 km/h speed limit is a key strategy of the Vision Zero Network, a multi-national, non-profit project based on the principal that the economy is no excuse for tolerating roadway carnage. Humans are more likely to survive being hit by a car if it is traveling no faster than 30 km/h, which translates to 18.6 miles per hour. If transportation system designers want cars to exceed that limit in urban areas, Vision Zero recommends that the roadway be designed to separate people from traffic.

Vision Zero probably sounds like a utopian dream to many Americans. But over 40 US cities have either adopted a Vision Zero strategy or pledged to adopt one in the near-term future. Working with the Oregon Department of Transportation, which regulates non-statutory speeds in Oregon, the City of Portland is systematically transitioning from car domination to balancing the needs of all roadway users, particularly pedestrians and bicyclists.

By making the city safer for those on foot and bicycle, and building one of the nation’s best public transit systems, Portland has made it relatively easy for households to drive less and even forego owning a personal automobile. Portlanders drive 20 percent less than residents of other American cities. The money not spent on buying, fueling, insuring, parking and maintaining personally-owned cars saves Portlanders $1.1 billion per year. Furthermore, because money spent on personally-owned vehicles tends to leave Oregon, this $1.1-billion surplus has a better chance of being spent in economic sectors with higher local multiplier effects including restaurants and brewpubs. In other words, favoring eco-mobility over auto-dependency helps rather than hinders the local economy. This benefit has been given the affectionate name of the Portland Green Dividend (Cortland 2007). 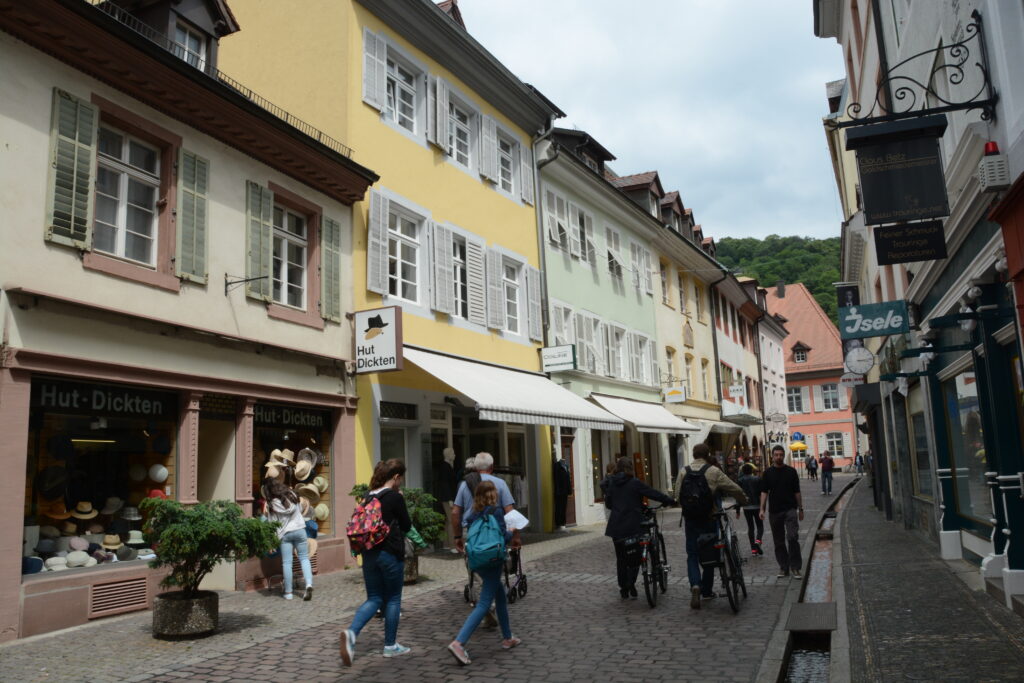 In Freiburg, Germany, which began reducing speed limits on non-arterial streets in the 1990s, 90 percent of the city’s 220,000 residents now live in neighborhoods with 30km/h (18.6 mph) speed limits.

European cities have been early adopters of Vision Zero. Freiburg, Germany began reducing speed limits on non-arterial streets in the 1990s. Today, 90 percent of Freiburg’s 220,000 residents live in neighborhoods with 30km/h speed limits. Not coincidentally, 30 percent of all trips in Freiburg are done by bicycle and another 15 percent occur on foot (Freiburg 2011; Medearis and Daseking 2012).

Munster, Germany imposes a 30km/h speed limit on all residential streets and offers residents a 255-kilometer network of cycle paths, which may explain why more people commute here on bicycles than by motor vehicles (Munster 2009). Heidelberg, Germany goes even further, imposing a speed limit of 7km/h on some roads in order to promote pedestrian and bicycle travel (James and Fereday 1999).

The nine European Green Capital Award winners listed above may primarily use Vision Zero strategies to save lives. But safer streets promote more walking and bicycling, a result demonstrated by the transportation mode splits in these cities. In addition to having beneficial impacts on air quality and climate change, these cities are not experiencing the economic pain that some claim would occur if the US transitioned away from life-threatening car dependency and toward ecomobility. The following progress reports illustrate that fact.

Stockholm aims to by fossil-fuel free by 2040; as one of the world’s leading cities in green solutions, it has created a sustainable-development industry marketed around the word. Hamburg reduced its per-capita CO2 emissions by 25 percent between 1990 and 2005 and has established itself as an international center for alternative energy innovation. In Vitoria-Gasteiz, Spain, over half of all trips occur on foot, which the city reports is supporting local commercial activity. In Copenhagen, bicyclists account for 62 percent of all work trips and the city is on track to be carbon neutral by 2025. Between 2005 and 2014, Copenhagen’s carbon emissions fell by 31 percent while its economy grew by 18 percent. Bristol has the lowest per-capita CO2 emissions of all major UK cities and has used its green credentials to attract high-tech industries and leading environmental organizations and agencies. In Nijmegen, Netherlands, 64 percent of all work trip occur by bicycle, an accomplishment assisted by a bike superhighway connecting 12,000 worksites. Despite having the fastest growth rate of all European capitals, Oslo aims to cut its greenhouse gas emissions in half by 2030. Although its population has quadrupled since World War Two, Lahti, Finland nevertheless cut per capita carbon emissions almost in half between 1990 and 2017 while aiming to become carbon neutral by 2030 and carbon negative by 2050 (Pruetz 2016). 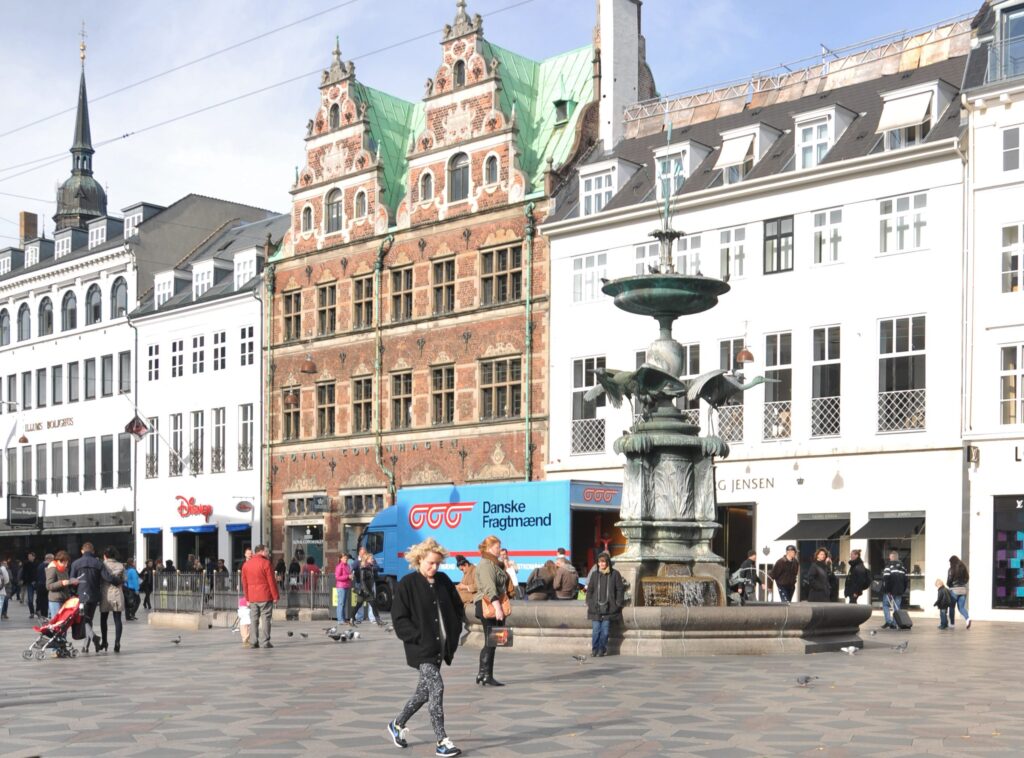 In Copenhagen, which imposes speed limits of 30km/h or 15km/h on all non-major roads, carbon emissions fell by 31 percent while its economy grew by 18 percent between 2005 and 2014.

It is simply false to claim that any attempt to limit car-dominant roadways, like safe streets for pedestrians and cyclists, would harm the economy. In addition to saving lives, reduced speed limits encourage ecomobility and its associated benefits including walkable neighborhoods and lower greenhouse gas emissions. As a few American cities and many European cities prove, implementation of Vision Zero strategies, as with progress on any of the Ecocity Standards, creates local economies that thrive not despite but because they are green.

Teale, C. 2020. The US didn’t sign a global road safety pact. Now advocates are fighting back. Accessed 4-6-20 at https://www.smartcitiesdive.com/news/stockholm-sweden-road-safety-pact-us-statement/574513/.