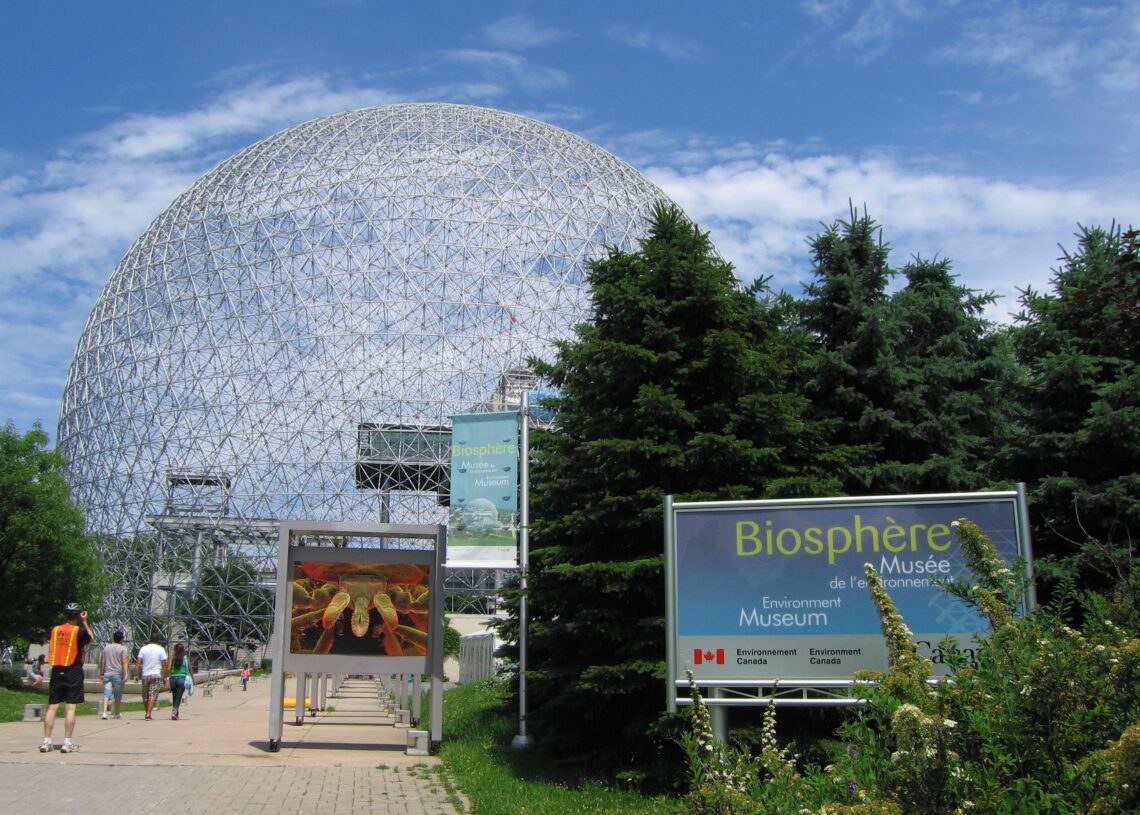 As trails succeed, they increase business activity, employment, wages, property value, income and, importantly, tax revenues in a self-reinforcing upward spiral. Specifically, trail improvements boost trail use which grows trail-adjacent businesses and property investments which, in turn, expand tax revenues and create public support for further trail improvements. By riding the Route verte greenway in Quebec, my wife and I got a first-hand look at this virtuous cycle.

Quebec’s Route verte, or green way, is a 5,000 kilometer network of fully-signposted bike lanes and off-road paths, the longest network in North America. Route verte clearly earns its name through recreation and mobility powered by human energy rather than climate-altering fossil fuels. In addition, Route verte is greening the economy of this Canadian province through the spending, jobs and tax revenues generated by this world-class example of bicycle tourism.

In 1956, a priest named Gabriel Lupien founded a bicycle tourism school that by 1967 became the cycling organization now known as Velo Quebec. In 1992, Velo Quebec presented the concept of a province-wide network of bike paths and routes at the World Cycling Conference in Montreal. The Quebec government authorized Velo Quebec to develop this concept and by 2012, the Route verte encompassed 5,000 kilometers stretching from Quebec’s western border with Ontario to the Madeleine Island’s on the Atlantic coast (Velo Quebec 2017).

Velo Quebec organizes Route verte in 12 regions. In Abitibi-Temiscamingue, Route verte uses paved road shoulders to carry cyclists through forests dotted with lakes and historic mining towns like Val-d’Or. At Mont-Laurier, cyclists, hikers and cross country skiers can take the P’tit Train du Nord off-road trail through 232 kilometers of the Laurentian region to Sainte-Jerome before linking to other off road trails leading to the northern suburbs of Montreal. In a third region, on- and off-road segments connect a dozen towns along the banks of the Ottawa River and approach Montreal from the west (Velo Quebec 2010).

Montreal serves as a major hub of Route verte. Here, bikeways branching off from trails along canals and the Saint Lawrence River connect popular destinations including Mount Royal Park, McGill University, the old port and several other historic districts. On St. Helen’s Island, a network of bike paths allows exploration of sights remaining from the 1967 World’s Fair including a geodesic dome designed by Buckminster Fuller and a sculpture park featuring work by Alexander Calder and other artists. On adjacent Notre Dame Island, cyclists can visit the Montreal Casino and other attractions including a NASCAR race track. Bike trails also lead past Habitat 67, a model housing complex designed for the World’s Fair by Moshe Safdie which has become one of Canada’s most recognizable architectural landmarks. 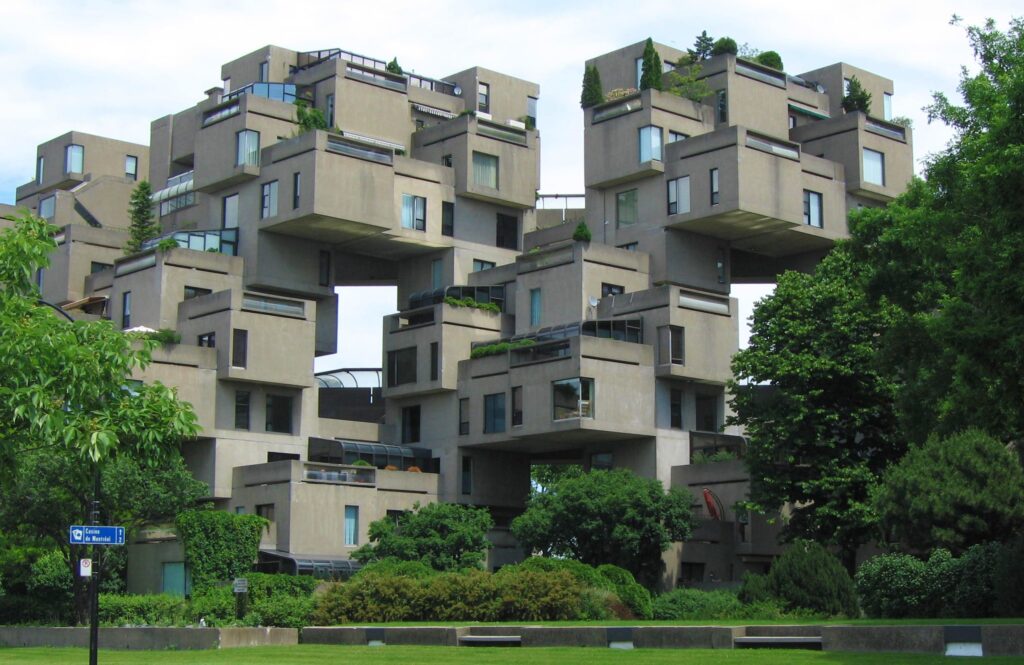 Habitat ’67, one of Canada’s most famous architectural landmarks overlooks a Montreal cycle way.

Montreal has earned widespread recognition as a bicycle-friendly city in its own right. Montreal and Vancouver, British Columbia are the only two cities in North America to be listed in the top 20 cities worldwide according to the 2019 Copenhagenize Index, which calls itself the most comprehensive and holistic ranking of bicycle-friendly cities on the planet. Not resting on its laurels, Montreal is now adding 184 kilometers of protected, one-way, express cycle tracks to its existing 80-kilometer network (Copenhagenize 2020).

Route verte offers various ways of riding between Montreal and Quebec City. The most direct option combines off-road trails with bike lanes on the historic Chemin du Roy, a centuries-old highway along the northern banks of the St. Lawrence River. A lengthier southern loop follows the Richelieu River past the remnants of forts originally built in the 17th Century and fought over by the French, British, Native Americans and colonists during numerous conflicts including the American Revolutionary War. Rail trails provide off-road cycling for most of this 400km ride, which also doubles as a major segment of the Great Trail that will eventually cross Canada from the Atlantic to the Pacific (The Great Trail, 2020; Velo Quebec 2010).

The City of Quebec forms another unofficial hub for the Route verte, with trails radiating north to Pointe-Taillon National Park, south to the US border and east to the classic seascapes of the Gaspe Peninsula and Magdalen Islands (Velo Quebec 2010). Of course, Quebec City itself is also a bicycle tourist magnet. The neighborhood of Old Quebec is a UNESCO World Heritage Site. Here, the Upper Town is dominated by the 19th Century Chateau Frontenac, a classic hotel originally built by the Canadian Pacific Railway company. The Lower Town can be reached by a funicular and offers a maze of cobblestone lanes lined with shops and restaurants. 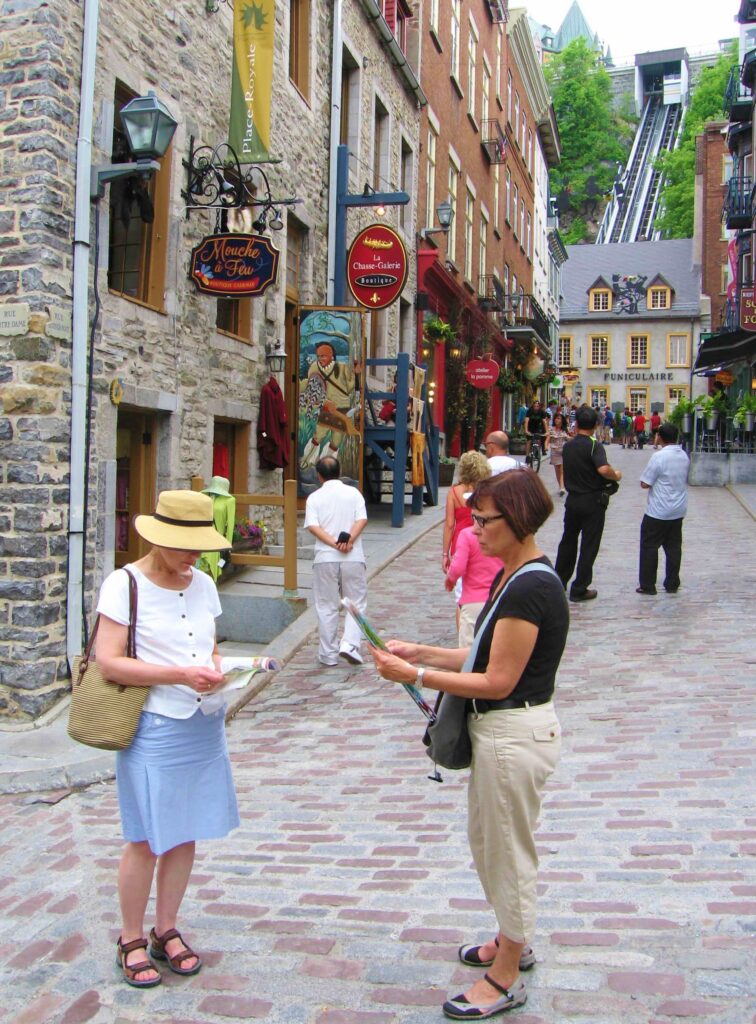 Along the 5,000 kilometer system, Velo Quebec has certified 500 bicycle-friendly establishments under its Bienvenue cyclistes! program including 400 hotels and bed-and-breakfasts as well as 100 campgrounds (Velo Quebec 2016). When other businesses are added to the mix, the economic benefits are significant.  In 2000, cyclists on Route verte spent $95.4 million CAD, ($64.6 million USD), supporting 2,000 jobs and generating $15.1 million in tax revenues for the Quebec government as well as $11.9 million for the government of Canada (Velo Quebec 2003).

When considering all of Quebec as well as Route verte, the economic impact is even greater. Bicycle tourism in the province generated $700 million in spending in 2015, creating 6,800 jobs and generating $100 million in tax revenues for the Quebec government as well as $38 million for the Canadian government, illustrating that it pays to go the green way (Velo Quebec 2016).