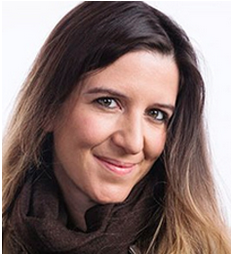 Aziza is the principal of Aziza Chaouni Projects (ACP) based in Fez, Morocco and Toronto Canada. Aziza was born and raised in Fez. She is trained both as a structural engineer and as an architect, with 8 years working experience in Morocco, France and the USA. Aziza graduated Cum Laude from Columbia University and with Distinction from Harvard Graduate School of Design. Prior to creating ACP, Aziza co-founded and ran Bureau E.A.S.T. with partner Takako Tajima. Her work has won several top design Awards and Recognitions including the Holcim Gold Award for Sustainable Construction in 2009, and has been published and exhibited widely. Aziza is also an Assistant Professor at the Daniels School of Architecture Landscape and Design, where she leads the Designing Ecological Tourism lab (www.designingecologicaltourism.com )

How I brought a river, and my city, back to life

The Fez River winds through the medina of Fez, Morocco – a mazelike medieval city that’s a World Heritage site. Once considered the “soul” of this celebrated city, the river succumbed to sewage and pollution, and in the 1950s was covered over bit by bit until nothing remained.

TED Fellow Aziza Chaouni recounts her 20 year effort to restore this river to its former glory, and to transform her city in the process.