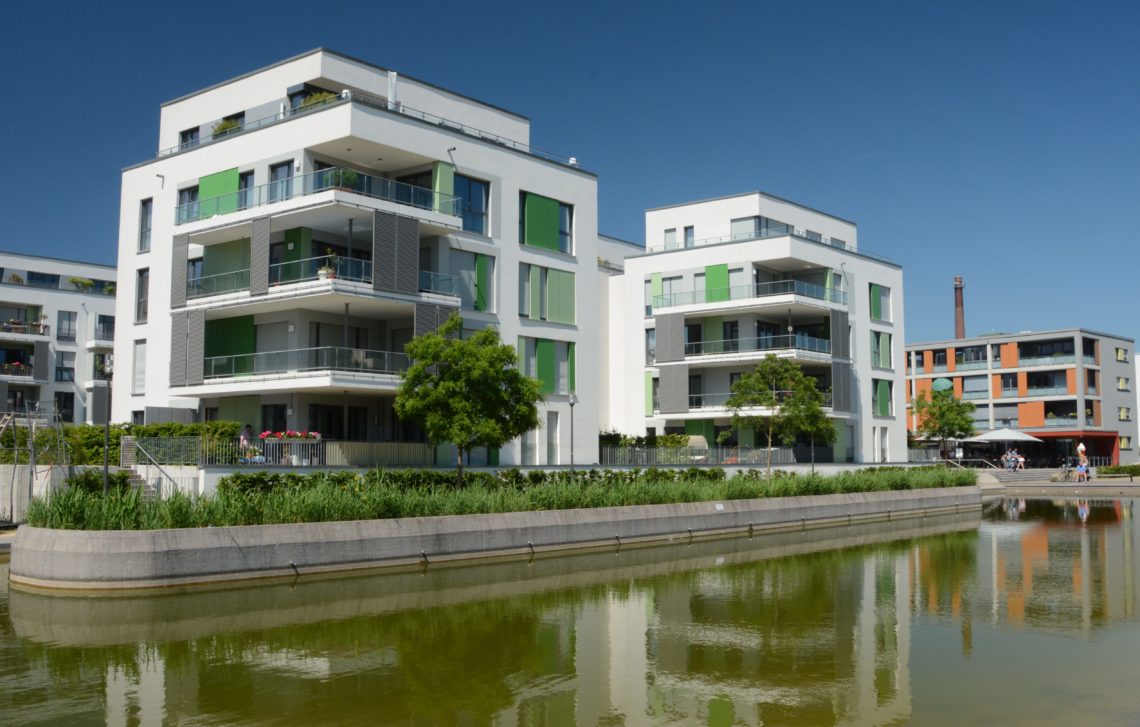 Essen lies at the heart of the Ruhr Valley, at one time one of the world’s largest concentrations of the coal and steel industries. Since the mid-20th Century, this city of 574,000 people in southwestern Germany has been transforming its previously-degraded landscape into a green city largely by sustainably redeveloping disused land and by restoring over half of its land area to open space. Following a plan called New Ways to the Water, Essen is building a 150-kilometer long greenway network to link greenspace along the Ruhr River with the Zollverein Coal Mine UNESCO World Heritage Site and the Emscher Landscape Park, Europe’s most comprehensive river-renaturation project. The ongoing conversion of Essen has been so impressive that the European Commission named Essen as the 2017 European Green Capital.


“Ecocity Snapshots: Learning from Europe’s Greenest Places” is Ecocity Builders Vice President Rick Pruetz’ latest book, profiling 19 cities and their efforts to rebuild in balance with nature. We are publishing each chapter on Ecocities Emerging to make this important work available online. Visit Rick’s page for all chapters posted so far or get the paperback at Amazon.

The European Green Capital judges were particularly impressed with Essen’s accomplishments in climate action, air quality, noise abatement and water quality. Between 1990 and 2011, Essen reduced its CO2 emissions by almost 30 percent even though 140,000 commuters enter the City every day. Essen also targets CO2 emission reductions of 40 percent by 2020 and 95 percent by 2050 compared with 1990, which is substantially more ambitious than the goals established by the European Union, Germany and the State of North Rhine-Westphalia. To reach these targets, Essen formed an independent Climate Agency which helps building owners analyze, plan, finance and complete energy retrofits (Essen, 2014; O’Toole, McEvoy and Campion, 2015).

To control traffic-generated emissions, Essen has expanded its bicycle infrastructure and pledged $234 million euros over a five-year period to improvements in its public transportation system. The City leads by example, employing 100 percent green electricity in its operations and requiring all of its new buildings to meet passive house standards. The 17 buildings in Essen’s Gruga Park are served by a local heating district fueled entirely by the park’s garden wastes (Essen, 2014; O’Toole, McEvoy and Campion, 2015). 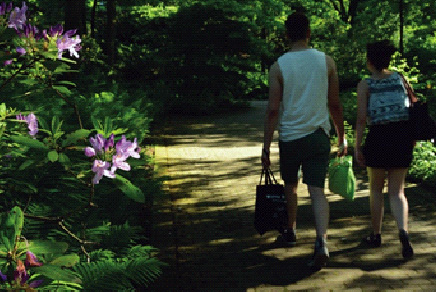 To improve the acoustic environment, Essen plans for over half of the population to be within 300 meters of either a quiet area or an even more tranquil natural-countryside quiet area. Improved railway operational procedures, automobile parking routing systems and other transportation-related noise reduction projects have already been undertaken. Perhaps most interesting is Essen’s ongoing program of repaving roadway segments with low-noise asphalt (O’Toole, McEvoy and Campion, 2015; EGC, 2015b).

Due to extensive public education, residents here have learned to reduce, reuse and recycle waste to the extent that Essen has not sent any domestic garbage to landfills since the 1960s. The reduced amount of waste still thrown out by households is used to fuel a waste-to-energy plant that generates electricity as well as enough heat to meet 20 percent of the City’s total demand through Essen’s district heating system (Essen, 2014; O’Toole, McEvoy and Campion, 2015; EGC, 2015b).

The Ruhr River supplies Essen’s drinking water and the City is in the forefront of water protection strategies. Since 1983, Essen has promoted rainwater collection ponds, raingardens and other forms of decentralized storm water management by offering a reduction in the drainage fees charged for impervious surfaces that empty into public drainage systems. In response, new developments often feature attractive as well as practical water-retention features such as the series of ponds in the University District which use reed and lily-filled islands to filter rainwater. Essen’s wastewater treatment plants are also getting attention for developing and testing new technological processes to prevent the contamination of waterways by pharmaceuticals and other micro-pollutants (Essen, 2014; O’Toole, McEvoy and Campion, 2015; EGC, 2015b).

Essen aims to grow by redeveloping infill and brownfield sites. As a prime example, the Green Centre of Essen – University District is being transformed immediately north of downtown on a former railroad freight yard. This project implements Essen’s goal of a “city of short distances” by incorporating a mix of residential, commercial and office uses, proximity to major cultural and shopping opportunities, adjacency to the City’s central public transportation station and access to the Rhine Rail cycle trail (Essen, 2014).

In other cases, Essen converts brownfields into parkland. For example, lands once occupied by Krupp steel works have been transformed into Krupp Park, which features wooded areas, athletic fields, playgrounds and a lake fed by storm water from the adjacent ThyssenKrupp headquarters (Essen, 2014).

Essen adopted a green area system plan in 1927 that depicted inner and outer greenbelts connected by roughly 17 green corridors plus a dozen green fingers extending toward the City Center. Consistent with this plan, open space was largely retained in the southern greenbelt along the Ruhr River. The closures of coal mines and steelworks that began in the 1960s prompted Essen to create a program in 1975 that created over 100 green areas on former industrial lands and slag heaps in the northern part of the City. Today, green areas and open space account for over half of the City’s land area. Furthermore, over 99 percent of Essen residents live within 300 meters of a green area (Essen, 2014; EGC, 2015b).

Since 2007, the City has focused even more on connecting greenspace using a strategy called “Essen – New Ways to the Water”, which the European Green Capitals jury praised as an “exemplary initiative” (EGC, 2015a). New Ways to the Water places a 150-kilometer “Green main route network” within 500 meters of more than 250,000 residents. Three north-south corridors within this network link southern green areas along the Ruhr River with restoration projects north of the City including Zollverine Coal Mine UNESCO World Heritage Site and Emscher Landscape Park. As of 2014, over 500 projects had been implemented under New Ways to the Water (Essen, 2014; EGC, 2015b).

Zollverine World Heritage Site occupies 100 hectares of land that once provided the surface operations for a vast underground coal mine. Now a popular tourist destination, Zollverine retains many of its industrial era structures and machines in a landscaped setting and provides a home for athletic competitions, entertainment events, creative industries and cultural facilities, including the Ruhr Museum. The green areas of Zollverein also contribute wildlife habitat, most notably for Peregrine falcons which are reestablishing themselves here after a long absence from North Rhine-Westphalia (Essen, 2014). 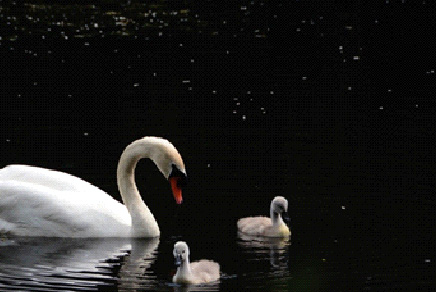 Swans and other birds benefit from restoration of the Heisinger Nature Reserve.

The Emscher River was once the most polluted river in Germany. Now it is the subject of Europe’s most comprehensive river naturalization project. This project, called the Emscher Landscape Park, is a cooperative effort of Essen and five other municipalities aimed at transforming this former wastewater canal and its tributaries into a coherent network of green and blue spaces. By 2020, this consortium will complete the restoration of what were once open sewers into near-natural meandering streams, helping to protect the 109 animal species and 1,500 plant species that live here, including 50 listed species. In addition to promoting biodiversity, Emscher Landscape Park will manage storm water naturally and create a trail system offering recreation, exercise and alternative transportation options for pedestrians and bicyclists (Essen, 2014).

Essen set aside its first nature reserve in 1939. In 2010, Essen pledged to improve wildlife habitat and other ecosystem services by signing the Biodiversity in Municipalities Declaration. Today, conservation protections apply to over 34 percent of the City, including 12 nature reserves and 49 protected landscapes. At 150 hectares, the Heisinger Lowlands is Essen’s largest refuge. Heisinger lies on a bend in the Ruhr River and features oxbow lakes, alluvial woodlands and tall oat grass meadows. Despite listing as a Natura 2000 site, parts of Heisinger needed extensive restoration. By removing dumped material, eliminating inconsistent uses and renaturing waterways, the riverbank habitats here have returned to near-natural conditions (Treanor, Connolly and McEvoy, 2014; Essen, 2014). Today Heisinger is a favorite place to take a nature walk and see grey heron, kingfishers, grebe and mute swans (Schulemann-Maier, 2016).

On the bluffs above Heisinger Reserve, Essen has established another nature reserve in the Schellenberger Forest which protects the habitat of pine marten and red fox as well as stands of old-growth oaks. On the many paths in this forest, hikers can also explore the ruins of Schellenberger Castle, originally built in 1240 and destroyed only 48 years later (Schulemann-Maier, 2016).

The 2017 European Green Capital Award recognizes Essen for widespread eco-accomplishments including climate action, noise abatement, waste reduction, brownfield revitalization and the growth of a greenway network connecting largely-restored open space areas constituting over half the land area of the City. Throughout this comprehensive makeover, the City has led by example while also focusing on public education and citizen involvement in its sustainability planning and implementation. Perhaps the European Commission put it best: “The City is making admirable efforts to establish itself as a ‘City in transformation’ that is overcoming a challenging history to reinvent itself as a ‘Green City’ and a leading example for others. The City credits its citizens and their ability to change as key to this success and this ethos is visible through their application tag line “ESSENtials – changing the way we act’” (EGC, 2015c).