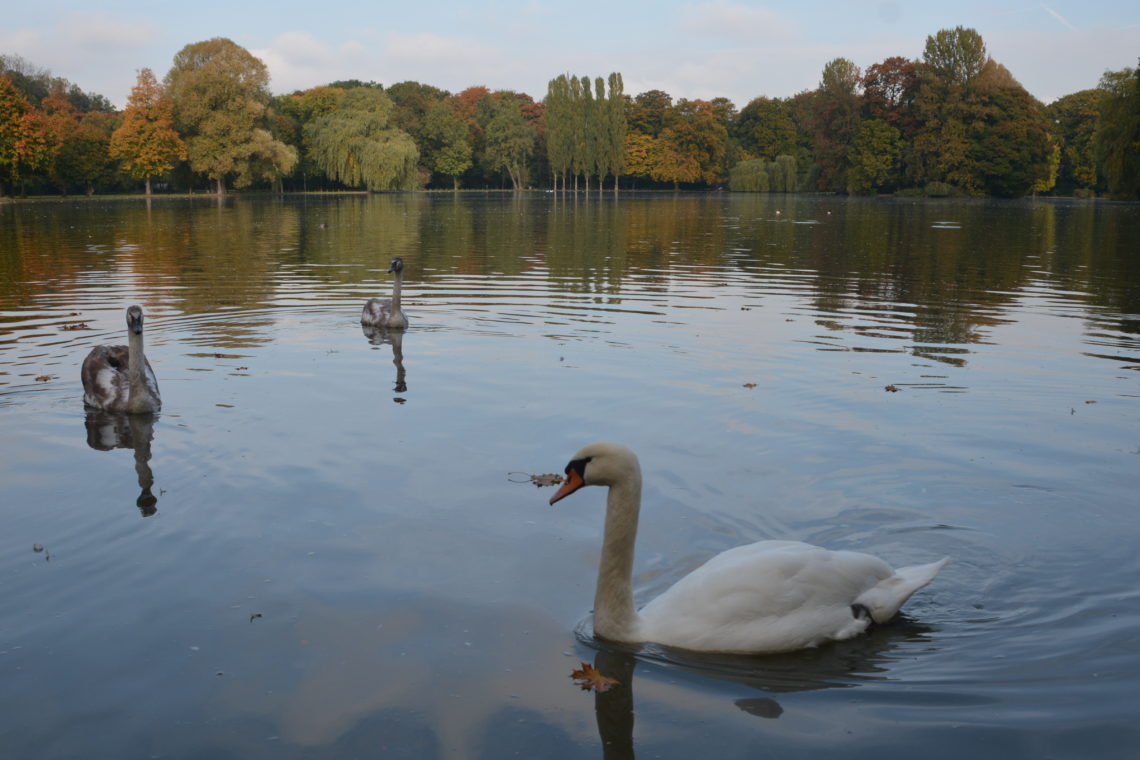 In 1998, Munich adopted Perspective Munich, a new general plan with a promising ecocity mantra: compact – urban – green. To reach that goal, the City has been fighting suburban sprawl by directing growth inward to abandoned rail and airport land as well as downtown infill sites. Munich is also taking steps to protect its vast greenbelt, restore sensitive environmental resources and improve greenway linkages between natural areas and the city center.

Unlike Munster and Hamburg, Munich did not create an inner greenbelt when it dismantled its medieval city walls. In addition, Munich did not preserve most of the historic canal system that could have evolved into a modern greenway network (Oppermann and Pauleit, 2005). Likewise, Munich did not adopt a formal greenspace design at the start of the twentieth century like the green fingers of Copenhagen and Helsinki. Nevertheless, Munich was fortunate to have the Isar River, which has effectively become the backbone of a green structure concept linking the center of Munich with the farms, moors and other open spaces surrounding the city (Pauleit, 2005).n 1998, Munich adopted Perspective Munich, a new general plan with a promising ecocity mantra: compact – urban – green. To reach that goal, the City has been fighting suburban sprawl by directing growth inward to abandoned rail and airport land as well as downtown infill sites. Munich is also taking steps to protect its vast greenbelt, restore sensitive environmental resources and improve greenway linkages between natural areas and the city center.

Figure 18-1: The Chinese Tower beer garden has enhanced the Englisher Garden since 1789.

The 910-acre Englisher Garden, which parallels the Isar River just north of Munich’s historic old town, blends manmade and natural elements. Established in 1789, the park incorporates streams, lakes and woodlands that provide habitat for human-tolerant species. As its name suggests, the Englisher Garden is designed to evoke an idealized, natural landscape. But amongst the greenery are occasional restaurants and two beer gardens. Perhaps most famous is the 7,000-seat beer garden surrounding the Chinese Tower which has burned down and been rebuilt many times, always true to its original 1789 design (Munich, 2016a).

Passing immediately east of the city center, the Isar River and adjacent greenspace give residents a pleasant way to access the Munich greenbelt, a planned and partly-realized network of recreational, agricultural and natural land surrounding and occasionally bisecting the urban area. The 335-square kilometer green belt is primarily used for agriculture, including 3,000 hectares contained in 11 city-owned farms. Six of these farms are cultivated in compliance with organic farming standards, making Munich one of the biggest organic farming concerns in Bavaria (Munich, 2010). The greenbelt’s agricultural component also includes 500 herb gardens, small plots of land leased to city dwellers who agree to grow their flowers, fruits and vegetables without the help of chemical fertilizers and pesticides. Commercial farmers in the greenbelt are increasingly adapting to locavore sensibilities by marketing directly to end consumers and partnering with city restaurants and markets (Munich, 2005).

Although many of the regions’ natural communities here have been altered by agriculture and urbanization, the public and private sectors are gradually renaturing the moor lands that survived the post-World-War-II growth surge. In 2001, Munich created an eco-account that uses development impact fees to restore key environmental sites like the Eschenreid Moor Lands (Munich, 2005). However, Munich still faces the difficult task of connecting an estimated 153 sites that are currently too small and isolated to fully preserve the city’s biodiversity (Pauleit, 2005).

The “green” part of Munich’s vision of “compact-urban-green” includes the city’s plan to renature the Isar River, the spine of Munich’s green structure. The Isar was originally a braided alpine river prone to large, sudden flooding. Beginning in 1889, the Isar was tamed by concrete channels, hydroelectric dams and an upstream reservoir that degraded water quality as well as quantity. By the 1980s, many referred to the Isar as a “dead river”. The 1995 Isar Plan aims to resurrect the river by improving its floodwater retention capacity, retooling the riverbanks for recreational greenspace, achieving bathing-level water quality and restoring natural floodplain dynamics needed for wildlife habitat. The Isar cannot entirely return to its natural state since the City basically formed around the manmade engineering of the past century (Oppermann, 2005). Nevertheless, as of 2010, Munich had succeeded in vastly improving eight kilometers of the Isar, creating spawning beds for salmon and other fish as well as beaches, pools and islands that serve as a recreational refuge for the residents of the compact city center (Munich, 2010).

Munich wants to become the cycling capital of Europe. It faces stiff competition from many cities including some profiled in this book. However, the progress to date is impressive. The city boasts two bike-sharing services, 22,000 bike stands and a 1,200-km network of bicycle paths and lanes that is systematically expanding (Munich, 2010; Munich, 2016b).

Figure 18-3: Marienplatz lies at the center of Munich’s pedestrian network.

Several observers rank Munich as among the world’s most walkable cities. In the historic center, pedestrian streets radiate from Marienplatz, the large square in front of Munich’s neo-Gothic town hall, through retail districts and the farmers market, with connections to the Englisher Garden with its own 78-km network of walking, bicycle and bridle paths and the pedestrian/cycle ways along the Isar that extend into Munich’s outlying greenbelt.

In 1992, Munich opened a new airport, allowing the old airport to become Messestadt Riem, a new town that protects half of its 560-hectare area in open space while using the other half to concentrate an expected 14,000 people and 20,000 jobs. Riem is served by the Munich subway system and follows a mixed-use design that puts employment, housing, retail and open space in close proximity. Riem’s greenways extend into residential neighborhoods and a dense network of pedestrian/bicycle trails allows non-motorized access ways to all parts of the new town as well as the countryside. Not coincidentally, Riem is considered a model project, exemplifying the general plan goal to make Munich compact, urban, and green (Munich, 2004).

Oppermann, Bettina and Pauleit, Stephan. 2005. The Greenstructure of Munich: The need for and risk of regional ccooperation. Part of Chapter Three in Green Structure and Urban Planning. Brussels: European Commission – European Cooperation in the Field of Scientific & Technical Research (COST Action C11).