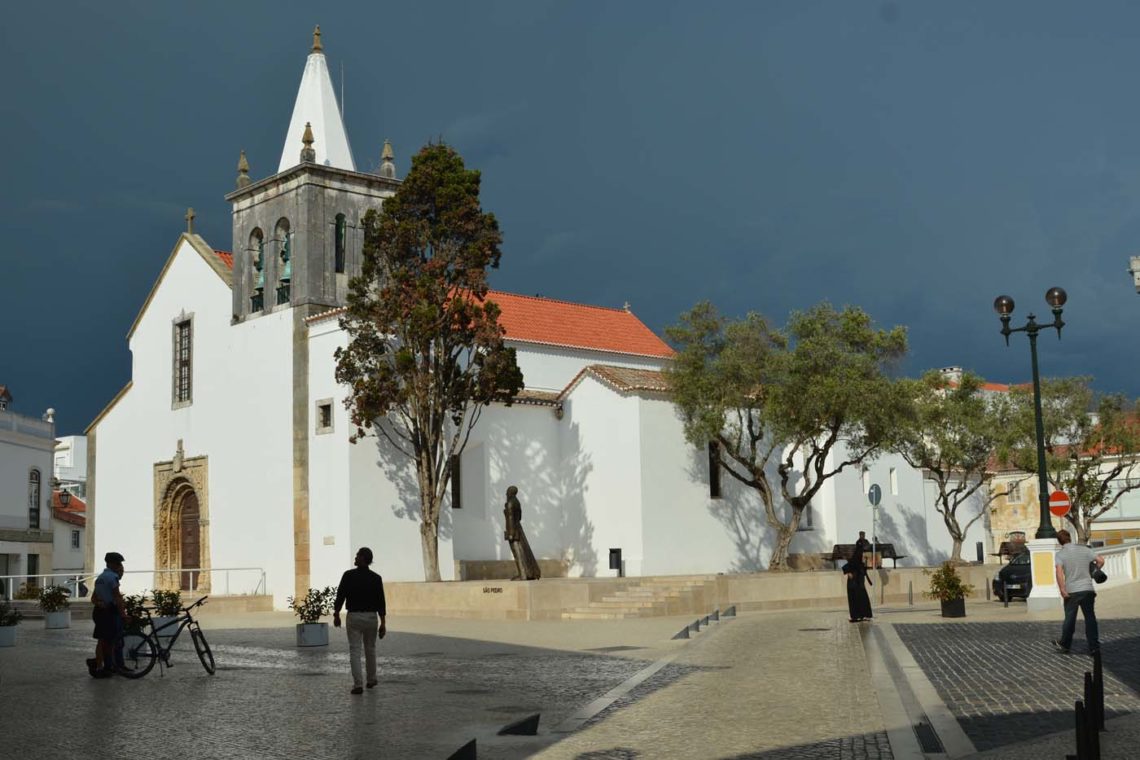 Torres Vedras excels at renewable energy generation and ecotourism, featuring extensive trail systems and a walkable, compact city center. The municipality also conducts an extensive citizen education program emphasizing the lifestyle choices needed to achieve sustainability and the public support helpful to attracting green businesses. Consequently, Torres Vedras was one of the first two cities to win the European Green Leaf Award. Similar to the European Green Capitals Award, which is geared toward cities with a population of more than 100,000, the European Commission grants its Green Leaf prize to cities of between 20,000 and 100,000 population based on a competitive process judged by a panel of experts. In the case of the 2015 European Green Leaf Award, Torres Vedras, a coastal city of 80,000 people 25 miles north of Lisbon, was one of two winners out of an original field of eight applicants.

The ridgelines of Torres Vedras are studded with small, historic windmills, a few of which are still in use. Torres Vedras has super-sized this ancient technology with nine wind farms currently generating 112 MWh. In its effort to be a leader in renewable energy, Torres Vedras plans to expand wind turbine capacity to 332 GWh, which would supply the city’s entire electrical energy demand (Torres Vedras, 2014). The Torres Vedras Mobility Strategy led to the creation of the Agostinhas bike share system, which offers 290 bikes at 14 stations. Over 50km of bike paths are available, including one providing a safe route for children to bike to school. The strategy also calls for extending the pedestrian network within the historic city center, an area that is already remarkably walkable due to the inherent traffic calming effect of old, narrow streets as well as outright car prohibitions on several lanes, particularly those near the medieval castle (Portugal, 2015). Torres Vedras has created 255 km of trails, offering a wide range of hiking experiences. History buffs looking for exercise can walk between and within the Lines of Torres Vedras, the name given to the network of 152 forts completed by the British and Portuguese in 1810 to keep Napoleon’s army out of Lisbon. Hikers on the Torres Vedras Eco-Trail pass farms and vineyards on their way up to the summit of the Socorro and Archeira Mountains, which the city has saved as a Protected Landscape and where it has built an Interpretive Center that facilitates hiking, birding and a deeper understanding of the local ecology. Torres Vedras is also home to a segment of the Atlantic Path, the European trail that parallels the entire shoreline from St. Petersburg, Russia to Tarifa, Spain. Walkers on this portion of the Atlantic Path are treated to Natura 2000 wetlands, birding opportunities, historic landmarks, cultural sites, rocky cliffs, pristine beaches and a lively resort scene in the coastal town of Santa Cruz (Torres Vedras, 2014). Sustainability requires personal lifestyle choices as well as governmental policies and technological fixes. We have to actually adopt and routinely practice planet-friendly behaviors in order to live within the earth’s carrying capacity (Moore, 2015). As noted by the European Green Leaf judges, Torres Vedras is heavily committed to public involvement (European Commission, 2014). In 2013, the city opened its Centre for Environmental Education, which incorporates state-of the-art technology including the conversion of solar, wind and geothermal energy into hydrogen fuel (Portugal, 2015). In addition to showcasing innovations, the Centre conducts programs and training sessions on energy efficiency, alternative energy, carbon-free mobility, waste reduction/recycling and water quality/conservation for a projected 8,000 annual participants (Torres Vedras, 2014). Torres Vedras considers an informed and engaged citizenry as essential to achieving its vision of a thriving, sustainable community with a high quality of life powered by green industries and eco-tourism.