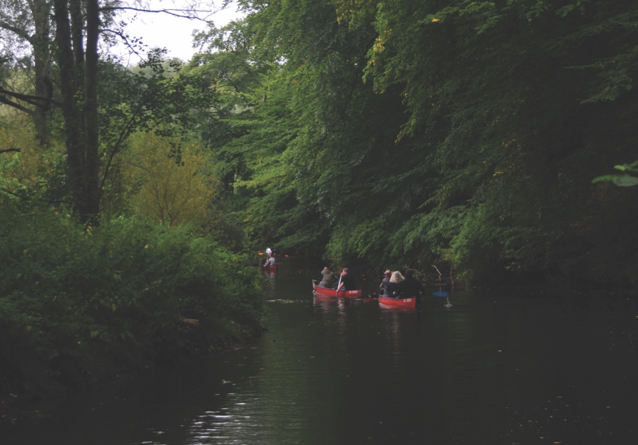 Figure 1-2: Hikers, bicyclists and even paddlers can meander the Alster River greenway from downtown Hamburg to the surrounding greenbelt.

Cities are key to our planet’s future. Over half of us now live in cities and an estimated 70 percent of the world’s total population will be urban by 2050 — over six billion people. Will tomorrow’s cities continue to waste land, squander resources and contaminate water and air in an escalation of our centuries-old war on the Earth? Or will we build and rebuild cities that return us to a balance with nature in ways that are mutually beneficial to people and our fellow creatures?


“Ecocity Snapshots: Learning from Europe’s Greenest Places” is Ecocity Builders Vice President Rick Pruetz’ latest book, profiling 19 cities and their efforts to rebuild in balance with nature. We are publishing each chapter on Ecocities Emerging to make this important work available online. Visit Rick’s page for all chapters posted so far or get the paperback at Amazon.
Europe’s greenest places offer hope for a positive outcome. The 19 cities profiled in this book are reintroducing greenways and stream corridors into the urban landscape, often in ways that assist with floodwater management and biodiversity while reconnecting people with their environment. These cities are building compact, diverse neighborhoods that can easily be navigated on foot or by bicycle and public transportation. They are turning brownfields into ecodistricts that expand the limits of closed-loop energy, waste and water systems. They are cutting the greenhouse gas emissions that cause climate change and pursuing a carbon-free future by fueling district heating and power systems using wind, water, geothermal, biomass and other innovative technologies. Recognizing that individual behavior is crucial to sustainability, these cities motivate their citizens to understand the connection between their lifestyles and the health of the planet. Ironically, while naysayers claim that sustainability is unattainable or unaffordable, these cities are finding that green is good for economic development, generating businesses and jobs in rapidly-growing sectors and attracting the highly-prized creative class with their mix of vibrant urbanity and accessible nature.

Ecocities are communities in balance with nature. But how can we measure a city’s balance with nature? Dozens of ecocity evaluation approaches have been proposed (Joss, 2012). But no single method has yet been chosen due to the vast differences in cities and the time needed to evaluate each approach (Joss, 2015). This book largely uses the evaluation criteria developed by the European Commission for the European Green Capitals award competition and the European Greenleaf contest available to smaller cities. Cities in these competitions are judged by their accomplishments in twelve environmental indicators: climate action, transportation, greenspace/land use, biodiversity, air quality, noise, eco-innovation, energy performance, integrated environmental planning and management of water, waste and wastewater. The European Green Capitals program also recognizes strategies that motivate citizens to lead more sustainable lives since physical improvements are futile unless accompanied by changes in human behavior.

The European Green Capitals evaluation process is arguably the best currently- available framework for exploring Europe’s green places. But, it does not fully address all aspects of a city’s balance with nature. For example, the European Commission does not ask applicant cities to estimate their total ecological footprint. A true ecocity would ideally be a one-planet city: it would maintain a level of consumption that Earth could support even if every city in the world consumed resources at that level. In reality, experts believe that three planets would be needed if everyone on Earth had ecological footprints comparable to typical European cities including cities in Sweden, Norway, Spain, Germany and the United Kingdom (Moore, 2015). While the 19 cities profiled in this book are making commendable progress considering their affluence, the European GreenCapitals competition does not ask if their total consumption levels are getting closer to those of the one-planet-city-levels met and even exceeded by many poverty-stricken cities typically found in Asia, Africa and Latin America (Moore and Rees, 2013). 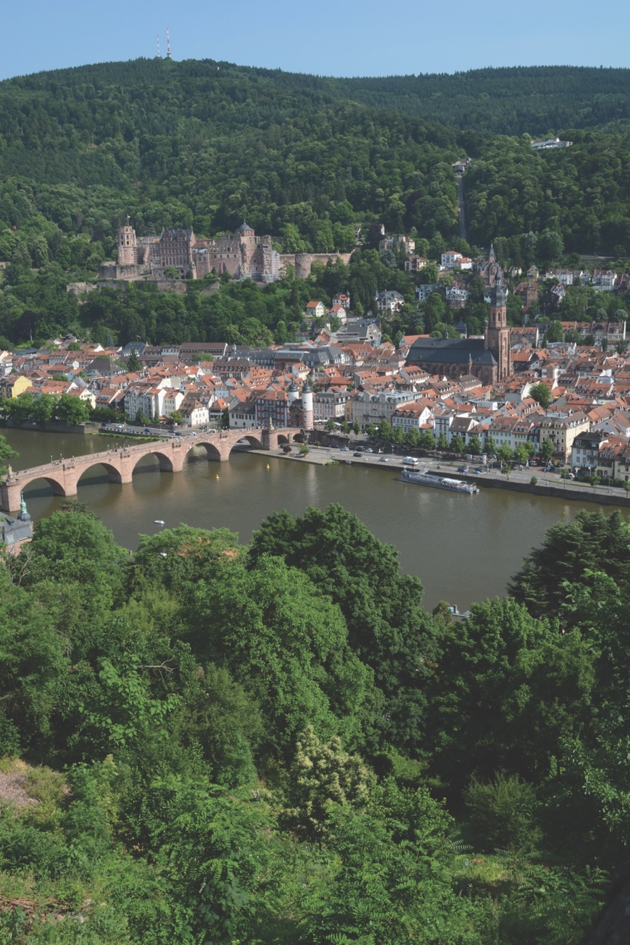 Heidelberg is surrounded by the 3,500 square kilometer UNESCO Geo-Naturepark Bergstrasse-Odenwald.

The twelve environmental indicators in the European Green Capitals program create a comprehensive evaluation process and all twelve are discussed in the city profiles found in later chapters. But to emphasize important distinctions and avoid repetition, this chapter introduces key concepts and examples from the case studies using nine categories: greenspace and green networks; compact, mixed use neighborhoods; pedestrian friendliness; bicycle infrastructure and public transportation; nature and biodiversity; redevelopment of brownfields into ecodistricts; climate action and alternative energy; public engagement; and economic development through sustainability.