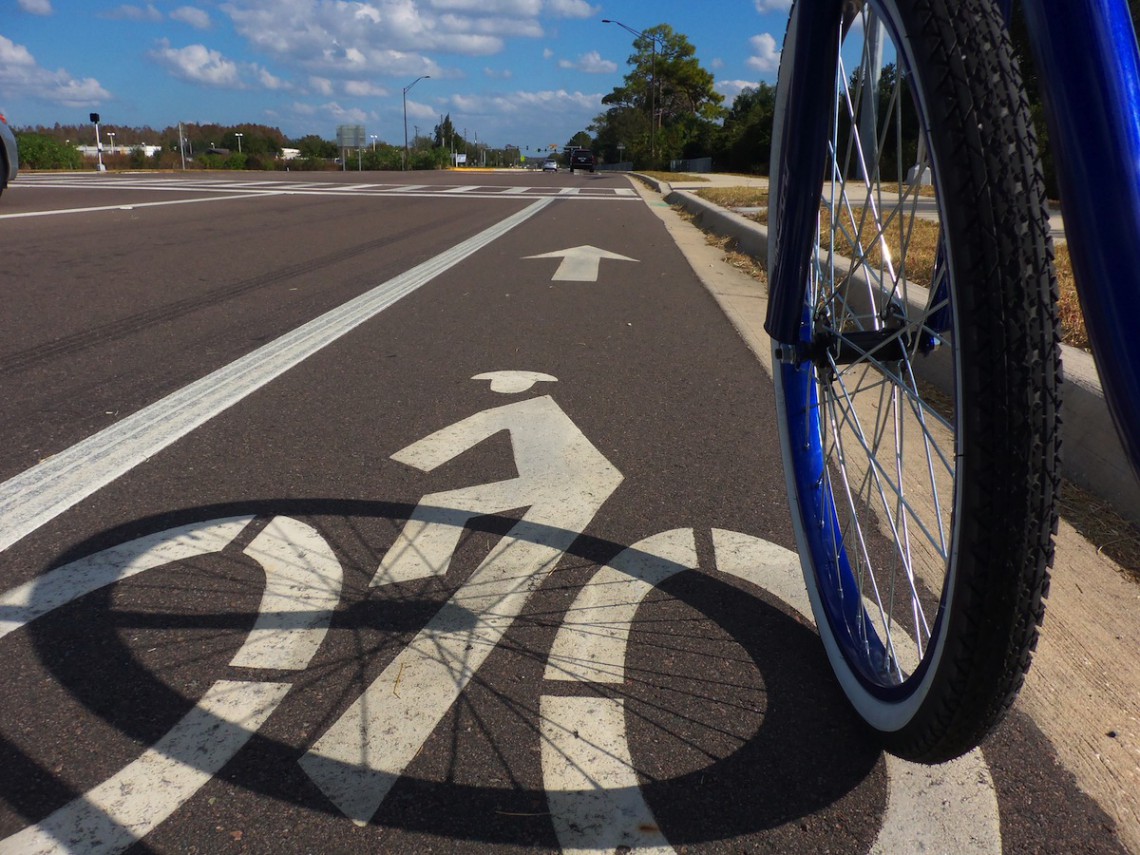 As frustratingly slow as Ecocity change seems to be at times, good people are working on good projects all the time. Look no further than the streets of San Francisco at the astounding development of bike infrastructure there. In the past 5 years designated bike lanes, bulb-outs and the like have exploded. Riding “The Wiggle”–a winding path that avoids the steepest hills between downtown and the Panhandle–has gone from a terrifying race through speeding traffic on Market, Oak and Fell streets, to a much saner and more accessible protected bike lane route. The signature green paint and share-os of bike lanes seem to multiply every week.

San Francisco’s rapid development of cycling infrastructure is no accident, and is not simply the work of Bicycle Coalition lobbying. The Fog City is part of a network of cities organized by the Department of Transportation called PeopleForBikes Green Lane Project. The Green Lane Project creates a bridge (and funding opportunities) for bike advocacy groups and city governments to work together to improve urban biking conditions. Selected cities receive up to $250,000 of financial, strategic and technical assistance from the project for building protected bike lanes.

In cities across America, investing in bicycle transportation is transitioning from an add-on catering to few cyclist hobbyists to an essential component of citizen transportation. In the last two years, the number of protected lane projects in the country has nearly doubled, reports Streetsblog. According to the Green Lane Project, 48% of all trips in the U.S. are 4 miles or less–a perfectly acceptable cycling distance for most riders. Protected bike lanes not only protect riders, but shave been shown to reduce traffic crashes for all street users by 34%. Dividers, bulb-outs, and other road development “help to make drivers more aware of their surroundings and more cautious.”

The payoff on cycling investment continues beyond the safety and enjoyment of the cycling experience to addressing pressing needs for urban transportation in the coming years.

“When you have a swelling population like the USA has and will have for the next 35 years, one of the most cost-effective ways to better fit that population is to better use the existing grid,” said U.S. Transportation Secretary Anthony Foxx at a recent Green Lane Project gathering. Bikes are part of the solution to a highway trust fund that is “teetering toward insolvency” by August or September, he said.

To celebrate the new city partners, the Green Lane Project has released a short film highlighting the advances in cycling infrastructure of the last few years. Enjoy!

The Rise of Protected Bike Lanes in the U.S. from The PeopleForBikes GLP on Vimeo.

The Rise of Protected Bike Lanes in the U.S. from Green Lane Project on Vimeo.

Naomi is editor of Ecocities Emerging and manages Ecocity Builders' print and online media. She is also a member of the Strategic Planning Committee for the Ecocity World Summit. Naomi has a degree in Sociology and Urban Studies from Yale University. She is interested in the intersection of the built and social environments and experiential aspects of the city.